Jul 18, 2019
Shahba – North-Press Agency
Dejla Khalil
Dozens of Afrin’s displaced people have demonstrated in “Sardam” IDP center in northern Aleppo countryside, yesterday evening, protesting against the destruction and looting of the antiquities of the region of Afrin, northwestern Syria.
The demonstrators carried slogans warning against removing and destroying the monuments and antiquities of the Kurdish region of Afrin, while others accused Turkey of having a hand in the looting and the destruction of these monuments, in addition to holding pictures of Afrin’s monuments before and after the control of the Turkish army and the allied armed Islamist groups over the region.
The Directorate of Antiquities stated to the public and the international community about the violations of the antiquities in the region. 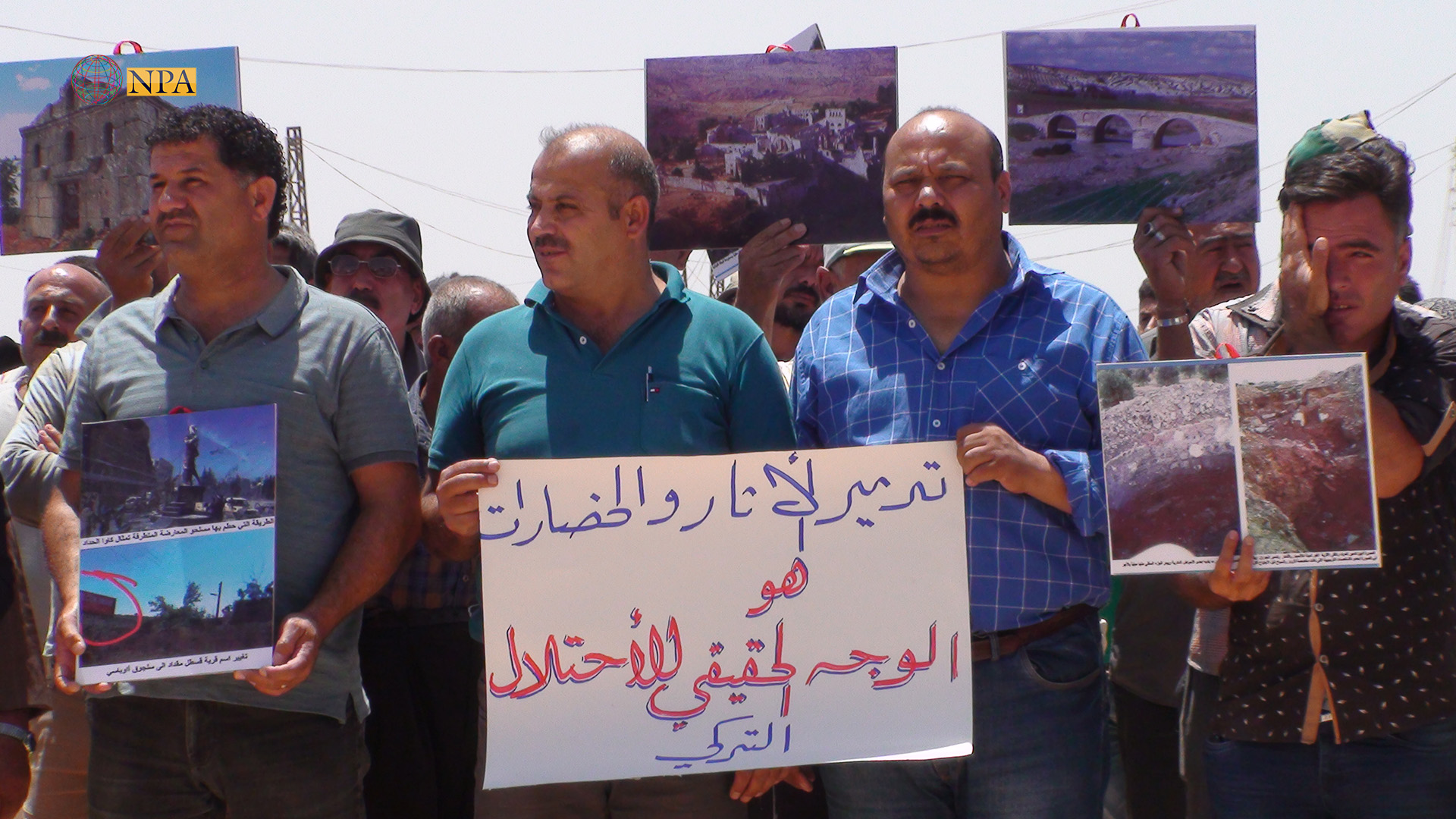 The Directorate denounced “the excesses of the Turkish army and its backed armed groups” against the properties and archeological sites in Afrin, as well as the demographic change, describing the Turkish practices as cultural cleansing.
The statement said: “The Turkish authorities directly supervise the trafficking of the region’s antiquities through Turkey to the European countries,” adding that “the archaeological sites such as Ein Darah and Cyrrhus (the castle of Nebi Huri), Kharabi Raza, Tal Jindires, Tal Maydanki, in addition to dozens of shrines and religious places were looted, robbed and vandalized.”
Moreover,  the Directorate of Antiquities through its statement, appealed to the UN Security Council and the relevant UN organizations to activate their resolutions, agreements and documents, and to stop the violations against the antiquities of the region of Afrin, and hold Turkey and its backed armed groups accountable, and punish them under the terms of committing a war crime.”
Share
Recent Posts