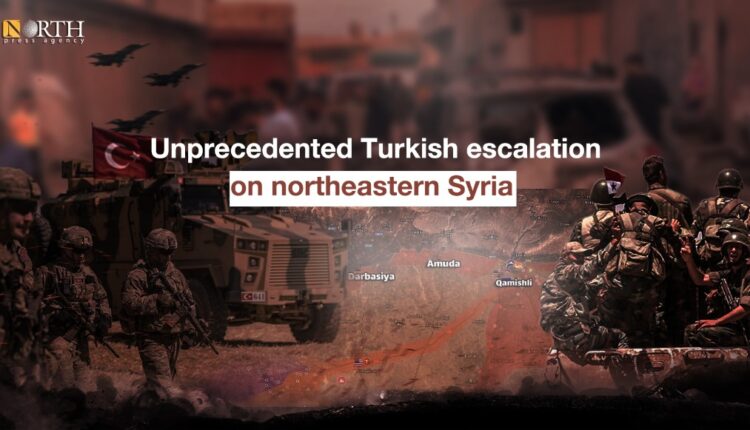 The Turkish forces struck with several artillery shells the vicinity of three military posts of the Syrian government forces in the western countryside of Amuda, and north and west of Terbe Spiyeh.

An exclusive source told North Press that one of the shells landed on the vicinity of a government post located near the village of Tel Hamdoun between Derbasiyah and Amuda. The same post was also targeted yesterday.

The source stated that five mortar shells landed on the village within five minutes.

The semi-targeted government posts are located in the villages of Gardem and Malla Abbas.

Nine-year-old girl Kawthar Nayef was injured in the Turkish shelling of the village of Tel Sha’eer, east of Qamishli. She was transferred to a hospital in Qamishli for treatment.

A farmer in his thirties was also wounded by shrapnel in the hand when he was working on his farmland north of Amuda.

A special source at al-Rahma Hospital in Qamishli city told North Press that they received seven people of those wounded in the Turkish shelling, adding that their health condition is stable.

Since Monday, all areas adjacent to the Syrian-Turkish border have witnessed repeated Turkish attacks.