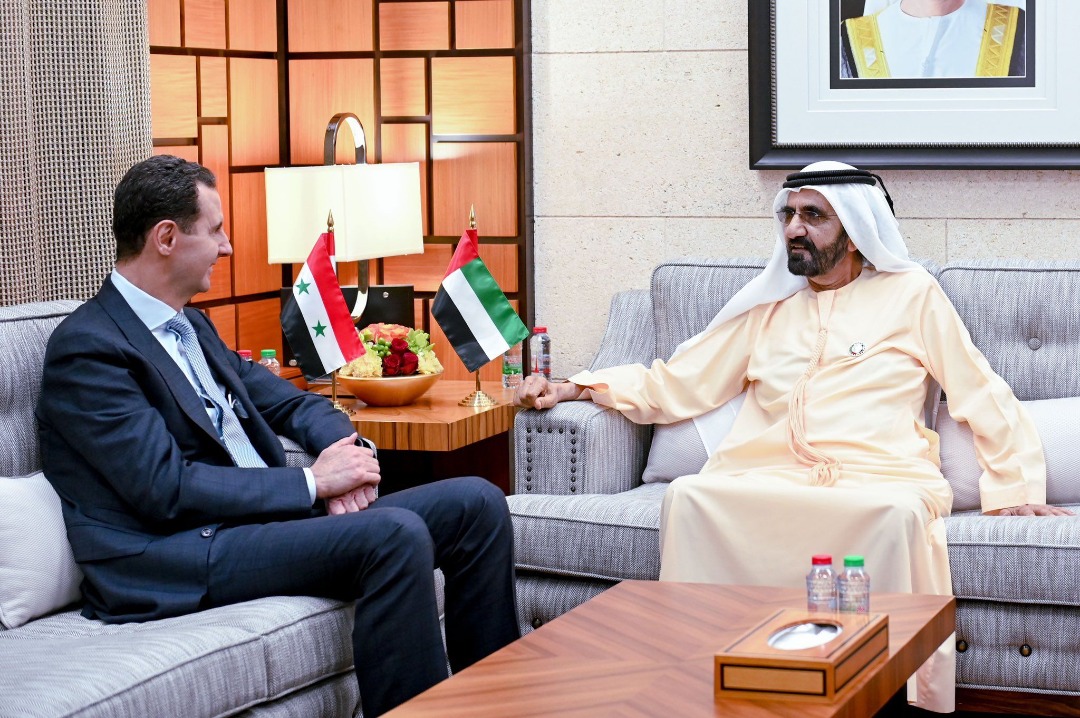 QAMISHLI, Syria (North Press) –  The Syrian government announced, on Friday, the Syrian Presidents, Bashar al-Assad, is paying a visit to the United Arab Emirates in a first visit of its kind to an Arab country since the eruption of the Syrian war in 2011.

The Syrian presidency said that during the meeting, the ruler of Dubai Mohammed bin Rashid welcomed the visit of al-Assad and the accompanying delegation.

The visit “comes within the framework of the brotherly ties between the two countries,” the presidency added.

The presidency added that the meeting dealt with many regional issues. They also discussed relations between the two countries and ways to expand the circle of bilateral cooperation, especially at the economic, investment and commercial levels that can meet aspirations of the people of the two countries.

In October 2021, the Syrian President received the UAE Minister of Foreign Affairs, Sheikh Abdullah bin Zayed al-Nahyan to visit Syria in the decade since the eruption of the Syrian civil war.