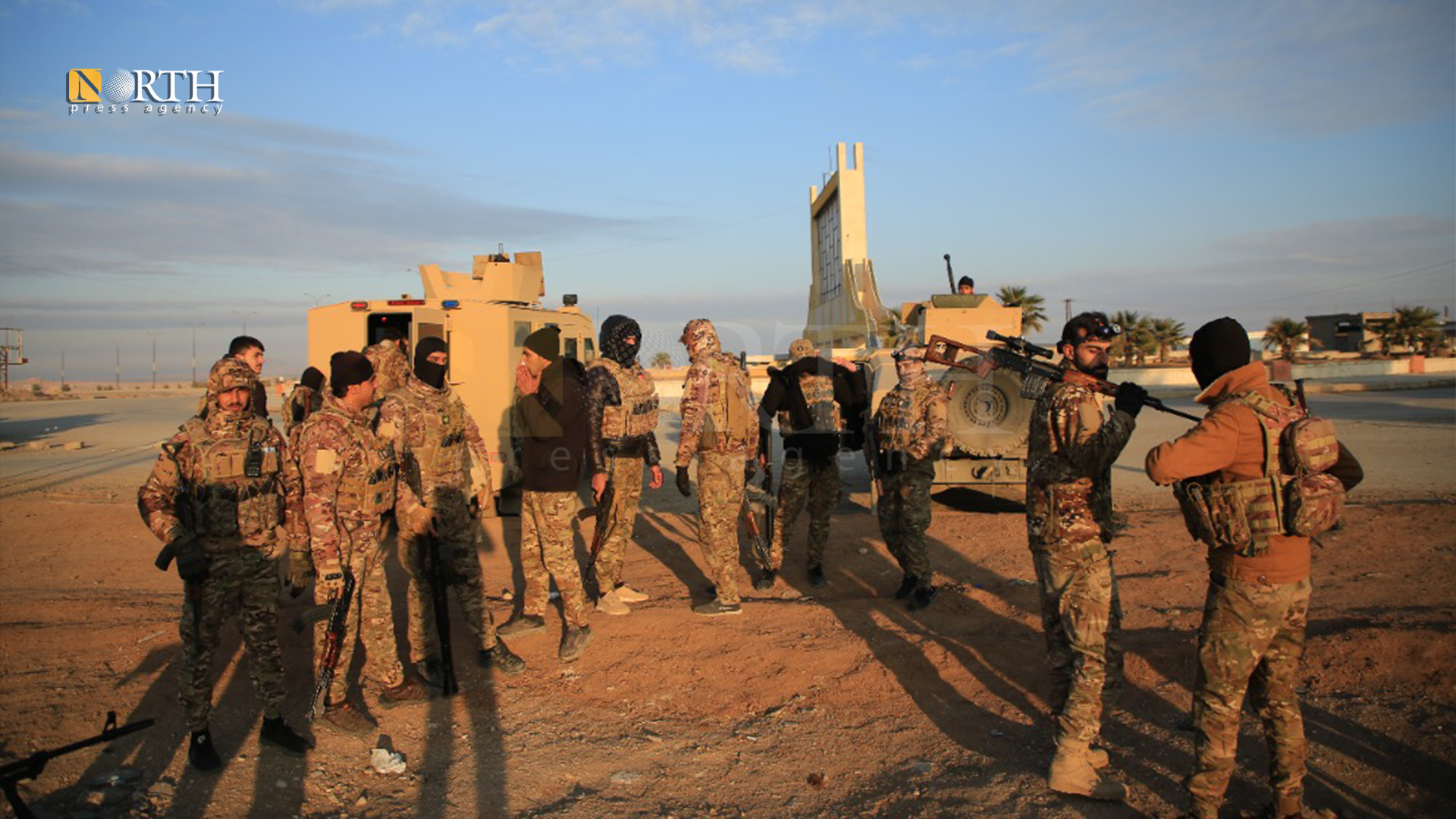 HASAKAH, Syria (North Press) – Since January 20, sporadic clashes has been taking place between the Syrian Democratic Forces (SDF) and the Internal Security Forces of North and East Syria (Asayish) with the support of the US-led Global Coalition on one hand and sleeper cells of the Islamic State Organization (ISIS) on the other hand in the vicinity of al-Sina’a prison in Hasakah city, northeast Syria.

Clashes started on Thursday, January 20, after militants of ISIS assaulted a prison that holds thousands of ISIS inmates. The assault coincided with three explosions in an attempt to break out the ISIS detainees out of the prison.

The SDF called the ISIS inmates to drop their weapons and get out of the prison to the main gate.

A security source told North Press that the SDF advanced from the direction of the grain silos and tightened the siege on ISIS militants inside the prison.

The SDF announced it re-captured several points in the northern side of the prison yesterday, yet it identified no timeline for the complete control on the prison break operation or the building surrounding the prison where many residents flee during the last two days.

The SDF said ISIS militants used civilians as human shields, thus hindering SDF to put an end to the unrest.

Yesterday, the US Department of State said the US “commend the SDF for their swift response and continued commitment to the fight against ISIS in northeast Syria.”

However, stance of the Syrian government was different. The Syrian Ministry of Foreign Affairs and Expatriates said the SDF, supported by the Global Coalition, response to ISIS attack amounts to war crimes and crimes against humanity.

In a statement it issued on the wake of the ongoing events in Hasakah since January 20, the Syrian Ministry of Foreign Affairs added that “the actions of the SDF caused the displacement of thousands of residents from Hasakah governorate and increased their suffering.”

Earlier, North Press published images showing members of the Asayish while securing safe corridors for the people of Guweiran and al-Zohour neighborhoods in the city of Hasakah fleeing homes where some ISIS fighter infiltrated into their houses in the area surrounding the prison.

On Sunday morning the Global Coalition dropped paper flyers on Guweiran neighborhood urging the people to inform the security forces if they perceive any activity by ISIS cell members.

22 ISIS militants were killed and 17 Asayish and SDF forces lost their lives so far in the clashes.

The persons who appeared in the video footages are number of workers of the prison’s kitchen with whom contact had been lost during the prison break, Farhad Shami, director of the Media Center of the Syrian Democratic Forces (SDF), said.

Meanwhile, officials of the Autonomous Administration call for the Global Coalition to increase ISIS prison fortification and find ultimate solutions to evacuate Hawl camp and all ISIS prisons in northeast Syria form ISIS prisoners, repatriate them to their own countries and establish international courts to prosecute them.